If you have taken Zantac you may be at risk of cancer and eligible for compensation.

There is no Fee Unless We Get You Money.

The Time to File Your Claim is LIMITED.

Speak with a Lawyer for Free.

The experienced attorneys at Alexander Shunnarah have helped clients across the country recover over $700 million.

If you have taken Zantac you should be aware that this medication is linked to concerns about contamination with a cancer-causing chemical. 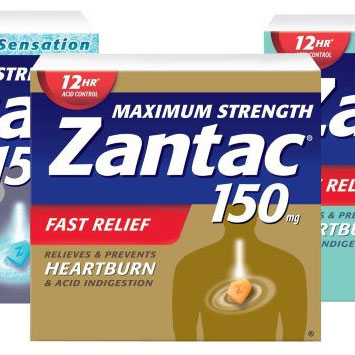 Zantac (ranitidine), the popular over-the-counter heartburn medication, has recently been at the center of several newly filed lawsuits because of concerns about contamination with a cancer-causing chemical.  Recently, two class-action lawsuits were filed against Zantac manufacturer Sanofi-Aventis LLC and Boehringer Ingelheim Pharmaceuticals, who previously held rights to Zantac, with plaintiffs claiming that the companies knowingly put patient health at risk.

Because of these concerns, Zantac was recently pulled from many stores, and some forms of the generic medication have been recalled.  Swiss pharmaceutical maker Novartis has also halted distribution of some generic Zantac pills, but they have not recalled the medication.  At this time, Zantac manufacturers Sandoz LLC and Apotex, have recalled their products.

Chaffin Luhana is investigating cases in which patients took Zantac or generic forms of ranitidine and then developed certain cancers.

Valisure, an online pharmacy that regularly tests the drugs it sells, detected levels of dimethylformamide (DMF) in blood pressure back in the spring of 2019.  DMF is a solvent that can form nitrosamine impurities like N-Nitrosodimethylamine (NDMA)— which is classified by the World Health Organization (WHO) and the International Agency for Research on Cancer (IARC) as a probable carcinogen.

The FDA had been investigating NDMA and other nitrosamine impurities in blood pressure and heart failure drugs since July 2018, and had recommended numerous recalls after discovering unacceptable levels of these contaminants.

Valisure’s testing found NDMA levels in ranitidine pills at “extremely high levels” in excess of 3,000,000 ng per tablet.  The FDA’s established permissible daily intake of the toxin is 96 ng. On September 9, 2019, Valisure submitted a citizen petition to the FDA, requesting they take action to protect public health, including recalling all ranitidine products in the U.S. due to the concerns.

On September 13, 2019, the FDA published a safety communication warning that some ranitidine medicines, including Zantac, had tested positive for N-Nitrosodimethylamine (NDMA) in the lab.

Soon after that, Sandoz, a generic maker of the drug, recalled 14 lots of ranitidine hydrochloride capsules because of confirmed contamination of NDMA above levels deemed safe by the FDA.  Those lot numbers are listed on the FDA’s news site.  Other generic makers like Glaxo-Smith-Kline and Dr. Reddy’s Laboratories stopped shipping their ranitidine products but stopped short of implementing any recalls.

What is NDMA and Why Is It In Zantac?

NDMA was used to make rocket fuel years ago, but it was banned from that process after high levels of the chemical were found in the air, water, and soil samples around rocket fuel manufacturing plants.

NDMA may also be formed as a by-product of other manufacturing processes.  According to the Centers for Disease Control and Prevention (CDC), humans can be exposed to NDMA through a wide variety of sources, including:

NDMA can even form in the stomach during digestion of alkylamine-containing foods and has been detected in small amounts in breast milk.  In addition to WHO and IARC, NDMA has been classified by the Environmental Protection Agency (EPA) as probably carcinogenic to humans, because it can modify DNA.  Studies have shown the chemical to increase cancer risk in animal experiments.

The WHO notes had indicated that the results of human studies so far can’t be used to “derive a quantitative risk of cancer”.  In a 2002 Chemical Assessment Document, the WHO reviewed studies that addressed NDMA’s effects on humans and reported that “[i]n three of four case–control studies, there was a positive relationship with evidence of exposure–response for the intake of NDMA and gastric cancer….”

The FDA has so far labeled NDMA as an “impurity” found in Zantac, generic ranitidine, and other drugs, but Valisure disagrees, stating the carcinogen is a natural by-product of the ingredients used to make the drug.

Valisure believes it has discovered the link between Zantac and its generics to NDMA:

“Valisure’s research, along with that of Stanford University and others, found that NDMA was the result of the ‘inherent instability’ of the ranitidine molecule. This means that all manufacturers, brand or generic, and all lots of ranitidine-containing medications are affected and could generate very high levels of NDMA in the human body.”

Significantly, ranitidine interacts with the stomach in a warm environment, and that heat could potentially transform the drug into NDMA during the digestive process, though we are still waiting on studies to confirm this.

Meanwhile, France, Canada, Austria, and other countries have recalled all forms of ranitidine from their markets after detecting NDMA. The drug remains available in the U.S., though many major drugstore chains, including CVS and Walgreens, pulled Zantac and generic versions of the heartburn drug from their shelves.

The latest update from the FDA indicates that it continues to test ranitidine products from multiple manufacturers, and is assessing the potential impact on patients who have been taking the drug.  It’s also requested that manufacturers conduct their own lab tests to assess levels of NDMA in their products and to send samples to the FDA for additional testing.

What is Zantac (Ranitidine)?

Zantac, the most popular brand of ranitidine, is used to help reduce stomach acid.  The medication is commonly prescribed to treat ulcers, gastroesophageal reflux disease (GERD), chronic indigestion, and Zollinger-Ellison syndrome.  It comes in both over-the-counter and prescription strengths that may be taken by mouth or administered via injection into a muscle or vein.

The manufacturers of Zantac and generic ranitidine products have warned patients and healthcare providers about the following potential side effects, but to this day have never warned about any potential exposure to a carcinogen: 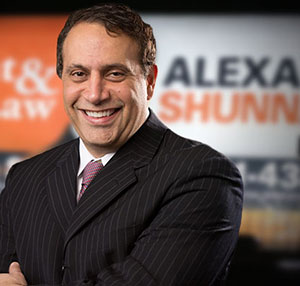 Alexander Shunnarah Injury Lawyers is known nationwide for providing outstanding legal advice and excellent representation. We have recovered over $700 million in lawsuits involving personal injury, wrongful death, social security disability, and mass torts. Our prowess in the legal arena comes from our combined years of trial and complex litigation experience.

We founded our practice on the belief that the civil jury system is the best means to provide compensation to injured parties and deter wrongdoers from injuring others in the future.

Types of Injuries Associated with Zantac

Common brands of Ranitidine include

We’re Ready to Fight For You!